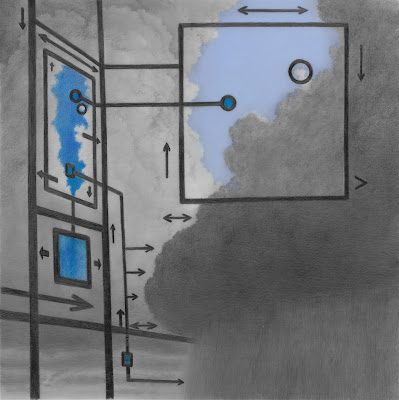 Posted by Susan Waters-Eller at 9:00 AM No comments:

When George Lakoff and Mark Johnson came out with Philosophy in the Flesh, it shifted the foundation of how I thought about concepts. The idea that so much of our conceptual language was made of metaphors for physical experience underscored the way our bodies participate in our thinking. One of the first developmental concepts is ‘more’. The feeding infant develops the early understanding of quantity which branches into areas from mathematics to our sense of injustice, that someone is getting more than another. Physical experience is entwined with perception, an ongoing dance of seeking and adjusting. What we feel as emotion is the adaptation of the body in anticipation of what might be required in relation to our world. We experience meaning before we put words on it.

Understanding facial expression and body language is a resonance with another’s actions, a direct knowing of how it feels inside to be in those behaviors. It’s a two-way influence. As facial expression expert Paul Ekman said, “Make the face, feel the emotion.” We don’t just smile when we feel good, we feel good when we smile. Body position works the same way. Changing a body position can change a feeling and attitude.

When something is above us we have to look up to see it. Eyes raised and even the chin lifted, these are behaviors we see in religious painting in states of wonder and awe. A gothic cathedral evokes those feelings by lifting our eyes upward. Looking up the hill we’re about to climb is a versatile metaphor for self-improving goals. On the other end of the metaphor if someone’s is standing over us after knocking us down looking up is being dominated. Whether we have agency, can do something about it, is the pivot.

Recently, when I was talking with a very conservative friend about statues being torn down I said that some of these people weren’t to be looked up to, and she said she wasn’t necessarily looking up to them, it was just history. So, I resorted to a different use of the same physical metaphor. Putting someone on a pedestal means they are idealized, to be esteemed, revered, considered above us. The higher the pedestal the more you look up. To what degree might that body position communicate a sense of eminence that is not deserved. The installation itself creates dominance. The message infiltrates the body unconsciously. When one man sits on a horse and the other standing on the ground it’s a clear implication of status. Without any need of inscription, statues on pedestals communicate stature. Where there is clear worth must be examined.
Posted by Susan Waters-Eller at 1:03 PM No comments: 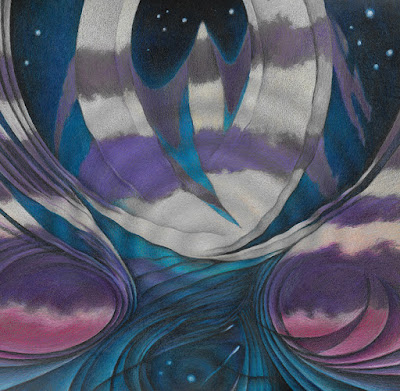 Posted by Susan Waters-Eller at 8:43 AM No comments:

The Power of an Image

Lately, a word I’ve heard come up again and again regarding the televised murder of George Floyd is, “ugly”. All over the world people witnessed a policeman with his knee on this man’s neck and all over the world people protested. Throughout the media commentary many speakers denounce the appalling ugliness of the event and I’m reminded of something Alan Watts once said- that morality is the aesthetics of behavior. Our sense of beauty is connected to our sense of rightness. We recoil at ugliness. We don’t need a law to see that cold-hearted murder is hideous, that slow death through suffocation, like any other torture, is hideous. We understand meaning through imagery.  A knee on the neck is what oppression looks like.

Unity looks like the protests. The collective “NO!” joined people together all over the world, brought together to reject the ugliness of a power dynamic built on obedience. Erich Fromm wrote many essays where he distinguished between authoritarian ethics and humanitarian ethics. In the first, obedience is the only rule, all disobedience could get you shot for failure to obey a lawful order, especially if you are not white. Humanitarian ethics is based on the idea, existing in some form in every religion, that we should treat others like we would like to be treated. We are asked to imagine the other’s feelings through ours as the only rule we need. How could torture exist if people were raised on that model? This is the evolutionary step that needs to be taken.

Laws are the authoritarian cage that keeps us in place. We need to find more cooperative structures of order that respect individual judgment and context. A ‘sentinel’ in the Seattle Police-Free Zone emphasized that the first step was listening, not assuming you know what’s wrong. When a ranting man knocked over a trach can, rather than getting on his case, the sentinel stared picking up the trash, others joined in and the man eventually apologized. How we behave has more effect on people than what we tell them to do.

Crisis leads people to express their depths. This was beautifully expressed in an image from the protests that showed a heartfelt connection between an individual protestor and a police officer. The earnest request for understanding reaches toward our common humanity and demonstrates the beauty of common feeling.

The psychiatrist Alfred Adler understood the power of beautiful form in developing character. He advised having beautiful objects and art around the house, particularly when raising children explaining  that art educated our sense of value, our sense of proportion and harmony. It is a reservoir of common feeling that resonates without language. Concerned with the felt inner life, whatever feeling it stirs generate new thoughts in each individual. We all have the capacity to understand each other. Looking at art from other cultures probes what matters to them, what’s different enlarges our capacity for understanding.

Beauty is a larger concept than mere physical attractiveness. It is a sense that connects us to the world. I think of connecting as a spiritual impulse and disconnecting as a criminal impulse.


The horrible image of one man squeezing the life out of another shows a tragic level of disconnection We feel it like a blow to the gut, this demonstration of how criminal our authoritarian systems have become. The protests are a connecting force aimed at positive change. This is our opportunity to consider how systems are structured, where different kinds of expertise might be better suited to some situations, and needs are addressed rather than rules policed. Public order should be guided by harmony in the community, settling disputes and complaints as they arise and coming to agreements about what will best resolve it.
Posted by Susan Waters-Eller at 8:42 AM No comments: 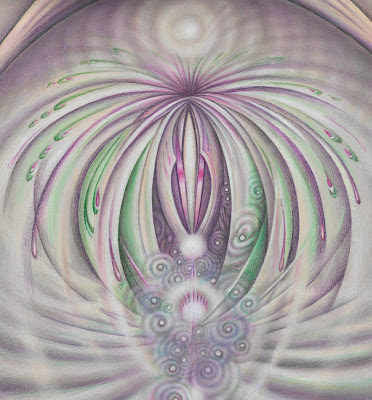 Celebration in the Time of the Corona Virus

In the time of Covid-19, celebration has to be re-invented. As I do my regular neighborhood walk, I pass signs on front yards marking this year’s graduates. On one block people congregate around the sidewalk in widely spaced groups wearing pointy hats. The sign near the curb says honk to say happy birthday. A car goes by with a half-dozen metallic balloons hanging out the window, part of a party parade. Elaborate sidewalk chalk drawings mark family events, but festivity is tinged with melancholy with the mandated distance between us. I share the graduate’s disappointment. Commencement is a celebration of actual achievement and it is a meaningful ceremony to witness, which we will still get to do remotely in June.

A recent experience showed me that occasions held through the screen can be more satisfying than you might expect. This year, winning the Baker Award, we had a zoom reception. As the Mary Sawyers Imboden Prize winner, I feel deeply honored to be among the wonderful artists who won awards this year, I’d been blown away by the finalists in all the categories this year, picked who I wanted in all the categories and was elated that three of them won. With all of them I admire their skillfulness and originality, how they demonstrate the values behind the awards. The Baker Foundation and Greater Baltimore Cultural Alliance did a wonderful job putting together our celebration, a champagne toast, sending a gift bag with chocolates and cheese and champagne in advance. The zoom glimpse of the other winners made me want to meet them in person and delve more into their work. I was left with a celebratory and happy feeling that graduation may be able to do that too.

A friend through my blog called this the testing period. Having room to think may start with what we don’t have but ultimately, we’re forced into new territory, have to be creative about rituals that might have been perfunctory before. Finding new ways to apply day-to-day energies, my neighbor is learning classical guitar on zoom. There is pleasure acquiring any new skill. It’s what that brain is built for. Creativity is blooming all around us as people figure out how to adjust and look at life in new ways
I have always believed that hard work matters, that sharpening skills and devoting the time to the work itself would lead somewhere, but that my job was to do the work. I’m deeply grateful for this affirmation of my faith by getting this award.

Though graduation represents the culmination of a course of study, the word, commencement refers to the next steps. The real excitement is in what happens next, how the accomplishment can be applied, put to use as a threshold of new projects and vistas of possibility.

I felt better after seeing people in the reception. Zoom may not be as good as in person but it’s better than just a voice or words in an email. Seeing is important. Now we are finding new ways to make our events visible. It‘s the seeing that makes it feel real.
Posted by Susan Waters-Eller at 11:19 AM No comments:

Older Posts Home
Subscribe to: Posts (Atom)
My drawings are posted separately so that viewers can use them as a springboard for their own thoughts.